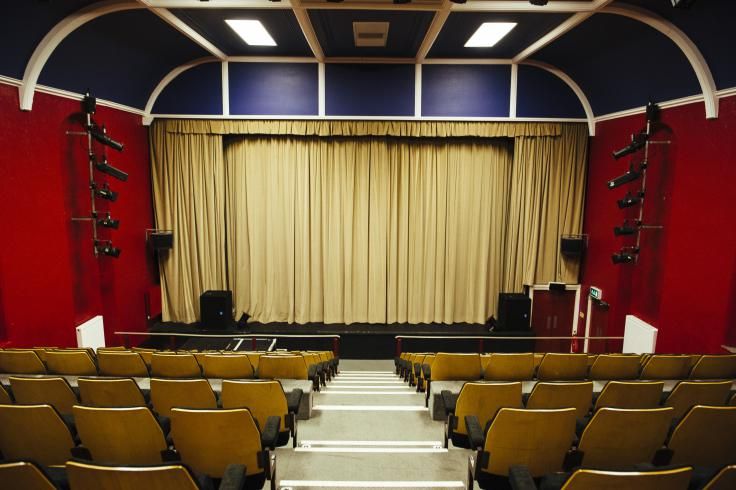 The built has been through a lot of history since it was raised from the ground in 1885. The conversion of the site in the ‘20s turning the four walls into place of theatrical entertainment still left many of the building faults in place. Hear we discuss the modernization of the pre-war site that allows it to remain a licensed place of heritage that still provides a high level of safety and comfort and quality entertainment.

To get a site of age up to the standards of a modern cinema and performance stage requires a lot of money, oddly the more you wish to retain as much of the original features as possible the more it costs. Go figure that one out. It would have been cheaper to knock the gaff down, rebuild it and celebrate with an over the top fireworks show, than it did to do what we done with the Gwaun property.

When money counts funding can be found through various avenues and back in the 80’s bank loans were easily manageable, and charities were more giving. We, however, didn’t want to be contacted to the bank at this stage. So, we took money from the next best thing – people.

On the night of September 11, a glorious thing happened. The year is 1986 and we run our own casino for 2 nights a week for 4 magical weeks. This was a simple and effective plan. Those wishing to take part get to keep the money they win from the casino and the casino or house takes the profit thereafter.

We set up the site on a Friday to run a charity bingo night, this would be an all customers win, with the funds of the refurbishment coming in on the highly priced drinks and salty snacks. On the Saturday, the same punters returned for a night of casino action. We had normal tables turned into blackjack and poker tables. We made a craps table and also made our own roulette table with wheel that was fashioned from an old bicycle wheel and plenty of card and glue.

The Friday and Saturday nights would be the same from September through into October.

By the end of our illegal casino we made a profit of £1,300. It was only then that we decided it was probably a better idea to get a loan out from the bank. £50,000 later, we managed to refurbish the site, new electric were installed, heating and a new sound system. Lighting was upgraded and seating was upholstered to give more comfort to the customers.

Additions were added to the lobby so we were able to upgrade our snacks when it came to showing films or putting on live entertainment. The project took 8 months, since then we’ve only needed to further upgrade the technical aspects of the theatre. It has also since taken a lick of paint here and there and we are very proud of all the effort that has gone into sustaining the property and keeping it within the range of heritage sites here in Wales.